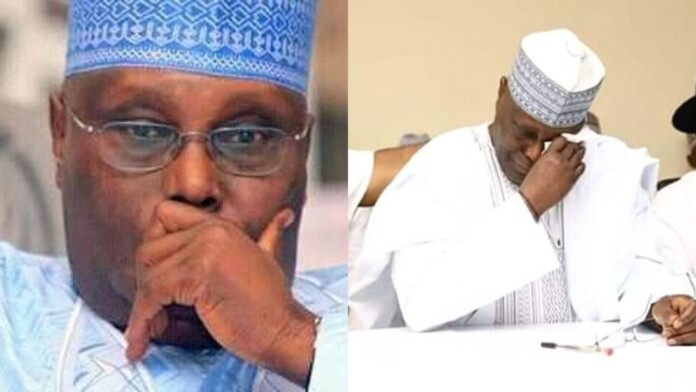 Nigerians on social media have made it known to ex presidential candidate, Atiku Abubakar, that they will not vote for him if he contests for the presidential post again.

Atiku who released a video where he sympathized with the the victims of Lekki Massacre on Tuesday, 21st of October, 2020, was bashed and condemned by Nigerians.

According to Nigerians, Atiku is trying to win the heart of many by acting nice and doing the needful. They however used the opportunity to remind him that all he is doing will not still make them vote for him because he is part of the country’s problems.

Read some comments below;

@alhaji_kruz wrote “Bros all of una na the same thing. 2023 you no go enter no even think am”

@daprenita wrote “We will still not vote you alaye”

@oluwashindara.1 wrote “We will still not vote for u, oga go back to sleep joor”

@deolu_stephens wrote “We won’t vote for you sir”

@ah_gape wrote “Oga rest we won’t still vote you, PDP is part of the problem we have seen their silence 2023 the youths go show Una we be the majority!!!!!!!”

@toluaina_ wrote “You are all the same abeg, don’t try to play Saint biko”