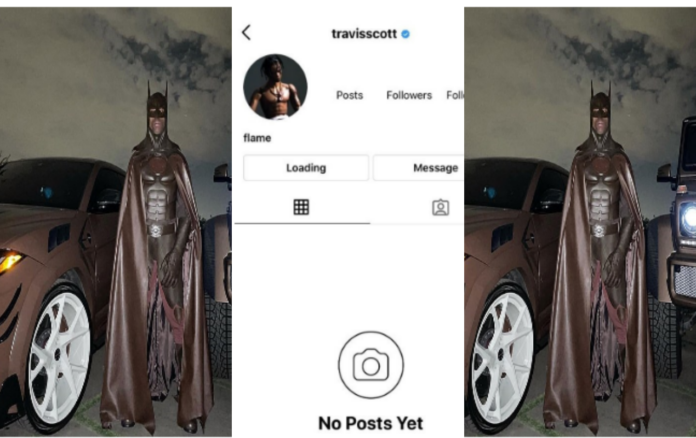 Travis Scott pulled out all the stops on Halloween, dressing up in an elaborate Batman costume, though the reaction to his outfit lead to the rapper deleting his Instagram altogether.

The 29-year-old rapper (real name Jacques Berman Webster II) went all out in a custom chocolate-brown Batman suit, posing next to his two vehicles of matching color in several Instagram posts and Instagram story videos.

Fans blasted him and compared him to a cockroach.

Several commentators on his page on Saturday dragged life out of him, and by Sunday morning, his Instagram account was deactivated.

The deactivated account was seemingly first noticed by Rap Alert, who posted some of Scott’s last Halloween pictures and a snap of his now-blank IG page.

Since Scott hasn’t commented as to why he deleted his Instagram, it’s not 100% confirmed that he did so due to the comments left by his costume haters.