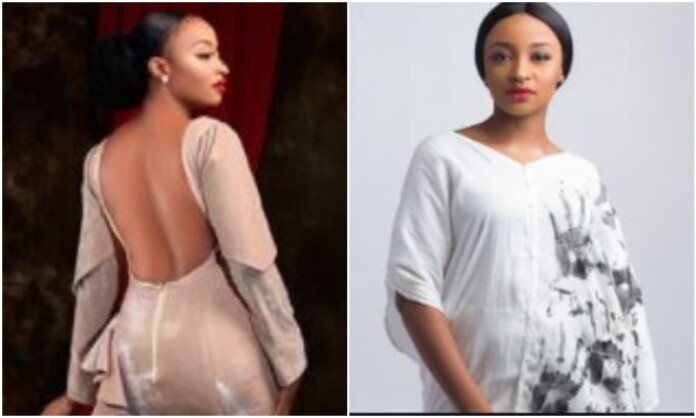 The actress, Rahama Sadau had shared a photo of herself rocking a slick golden dress. However, the dress sense did not sit well with some Arewa youths who called her out on indecent dressing.

Kemi Filani News recalls that the prominent actress who’s recent ban from film industry got lifted after she played a character holding hands and “cuddling” a singer in a pop video rattles youths again.

Here are some of the reaction below;

@Allyu Muhammad wrote;”Ya Subhanallah this is the real role model premason dress rahama sadau trending don’t copy her, OH people of Rasulyallh this is devils dres, may Allah the almighty guide her to the right path.”

@Sakeeem wrote; ”Rahama Sadau is probably the most immoral and indecent Arewa Twitter lady. That post was totally wrong and she’ll explain that to her ceator. This isn’t the first time she did this and were sinner too, but its better to cover ur sin private than make it public. Allah ya shirya”