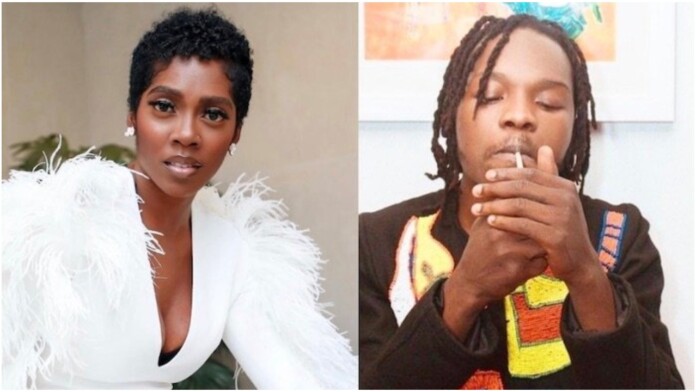 Sensational singer, Tiwa Savage and Naira Marley took to their social media pages to remind Nigerians that the fight for a promising future and a better Nigeria has just started.

According to Tiwa Savage, although the #EndSars request has been approved by the government, there are still alot of things to put in place. The mother of one in her post on Instagram stated emphatically that she would never allow her son grow up in Nigeria because of how messed up the country is.

“We just celebrated our 60th Independence Day but tell me one thing that is working for us to celebrate. IT IS NOT OVER MY BEAUTIFUL PEOPLE, IT HAS JUST BEGUN”.

The president to the Marlian association, Naira Marley also wrote on twitter;

“So what’s next? What do we do about water, light, road, healthcare,jobs and poverty ? togetherwecan”

This comes few minutes after the Inspector General of Police, Mohammed Adamu, announced the disbandment of the Federal Special Anti-Robbery Squad of the Nigeria Police Force following the protest against the brutality and extra-judicial killings by these people.