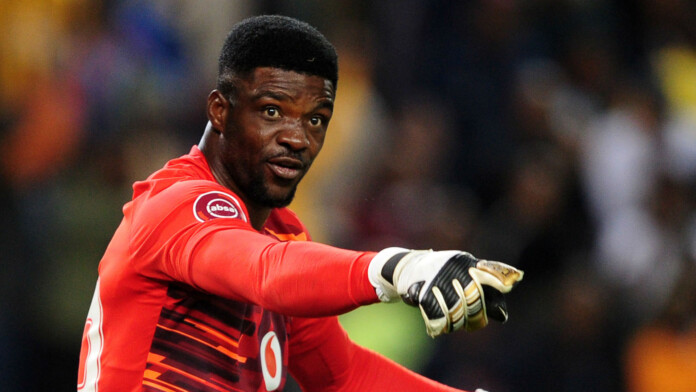 Super Eagles goalkeepers, Daniel Akpeyi and Maduka Okoye both conceded three and four goals respectively at the weekend while in goal for their respective teams.

Kaizer Chiefs shot-stopper, Akpeyi, who was making his second start of the season after obtaining a new South African work permit conceded three goals against bitter rivals Orlando Pirates in the MTN8 semi-final on Saturday.

His compatriot, Okoye, also conceded four goals on his Eredivisie debut for Sparta Rotterdam who lost 4-1 to Heerenveen on Sunday.

Incidentally, this is not the first time the 21-year-old was conceding four goals in a game.

Okoye, had conceded four goals in a Regionalliga division (a fourth-tier league in German football) while in action for Fortuna Dusseldorf II, who lost 4-2 to Borussia Dortmund II in 2019.