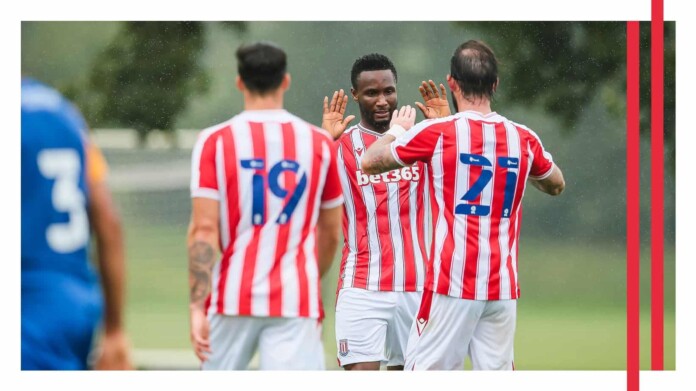 Stoke City manager, Michael O’Neill, has showered encomium on John Obi Mikel for his performance in their 1-0 victory over Rotherham United in Saturday’s Championship game.

James McClean scored the only goal of the game in the 27th minute as the Potters secured their fourth win of the season.

Mikel was one of the stand-out performers in the encounter, playing a key role as the Bet365 Stadium outfit kept a clean sheet.

The former Nigeria international had 36 touches on the ball, made two tackles, and won five aerial contests in the match.

O’Neill has praised the contribution of the 33-year-old as well as Jordan Thompson and Nick Powell to his side’s victory.

“In all honesty, it’s not probably the kind of game that Jordan thrives in but John was excellent a great presence, and Jordan was important beside him,” O’Neill told the media.

“I thought Nick Powell was terrific as well. He was that good link between the midfield and Steven Fletcher.

“We stood up to a very physical challenge and we’re delighted to get the three points.”