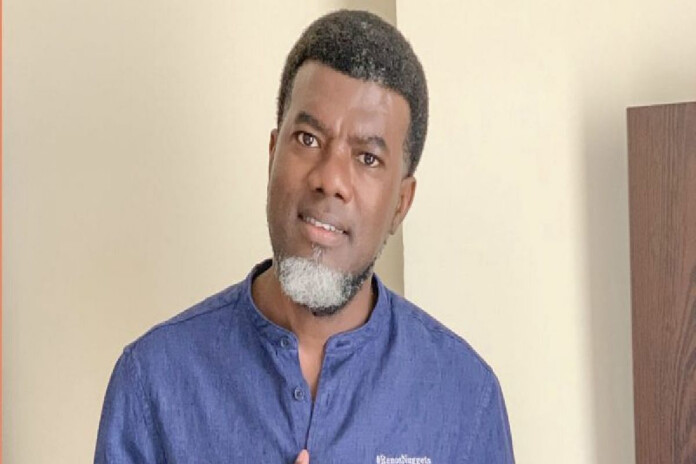 Celebrated Nigerian author and former presidential aid, Reno Omokri has advised husbands to know how to love and who to show unconditional love.

“Dear Husbands who are also Fathers
Anything your side chick wants, you get. Yet, your kids are terrified of you at home. Stop thinking with what is between your legs. Allow God’s Holy Spirit work in you, and be a father that takes his children farther!, he wrote on Twitter.

Well, shortly after defending his marital vow, Reno Omokri, was forced to place heavy curses on side-chicks worldwide after one of his fans accused him of having side chicks.

“Make your own side chick no see this message o. Your bridge go just burn,” the fan had replied.
Reno swiftly schooled the Twitter user and also stated that any other person he has slept with after his marriage should speak now or forever remain silent.

He wrote, “Dear @Jaylastiles3,
If there is any girl on Earth that I have slept with, since marrying my beauty queen of a wife, please speak publicly  or forever be silent. Meanwhile, may it never be well with side chicks who break homes, unless they repent. In Christ’s Name!”