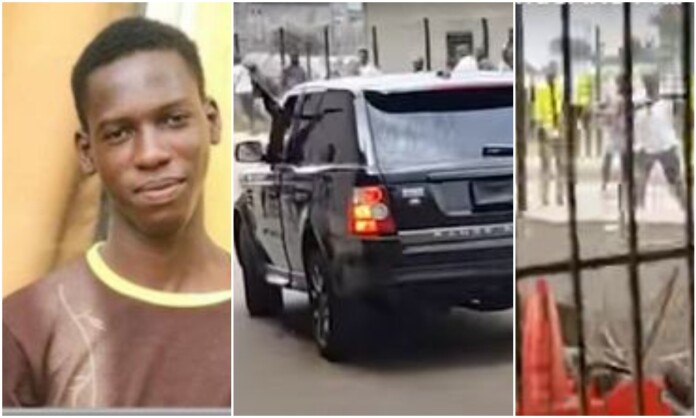 A young Journalist, Pelumi Onifade who captured the moment were a Nigerian politician, Abiodun Bolarinwa shooting sporadically at unarmed #EndSARS protesters in Abulegba has died.

According to GboahTV were Pelumi interned, revealed he was killed by men of the Lagos State Task Force the same week the video of Lagos politician, Abiodun Bolarinwa shooting at #ENDSARS protesters at Abulegba went viral on social media.

Many Nigerians on Twitter has reacted to the death of the young Journalist.

@Wale Adetona wrote;
”Just read a story about a certain Pelumi Onifade who allegedly filmed that politician caught on camera shooting at protesters at Abule Egba. How and why was he arrested and killed by the task force?? I don’t get it! This country will never cease to make you cry”