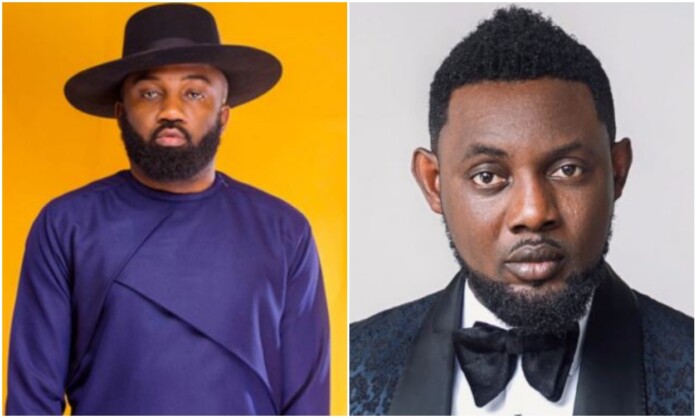 Noble Igwe has thrown a jab at Nigerian comedians who despite how most politicians were quiet during the #EndSARS era would still be given tables directly opposite the stage when they run their shows.

He wrote;
Tomorrow, comedians will do comedy shows and then give them tables to sit directly opposite the stage. We will never forget.

However, this did not sit well with most of the prominent comedians like AY Makun and Whale mouth as they stormed his social media page to attack him.

”A comedian was with the people at Lekki Tollgate while you were busy tweeting last night. Today is not the day to discuss a baseless tweet. I will still love like a brother and educate you later on the principles of buying and selling. Gucci never asked hushpuppi his source of income”

”Noble Igwe, you are a fool! At a time like dis, ds is what u can tweet. But see your guest list. Comedians have over the years express their mind to all political class, telling them the ills in the society but today of all day, you decided to express your foolishness”