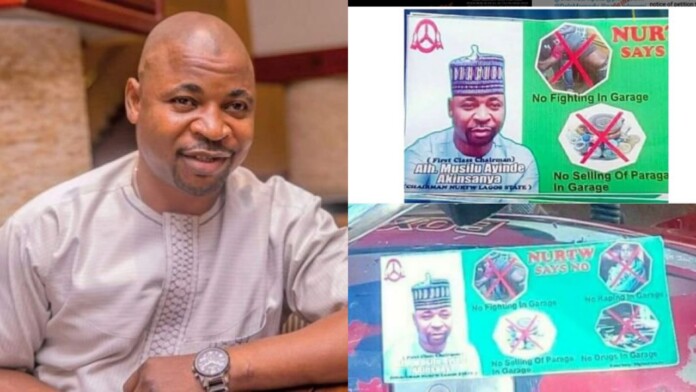 A signboard where the NURTW chairman, Musiliu Ayinde Akinsanya, better known as MC Oluomo warned against raping and drinking of paraga, has surfaced on the internet.

In the signboard, Mc Oluomo warned rapists and those who sell paraga in the garage to desist from such acts. The chairman also added that fighting, drugs is prohibited as well.

For those who do not know, paraga is a mixture which many believe serves as libido booster (aphrodisiac) is widely consumed by sexually active men to boost their sexual prowess.

See how some social media users are reacting to this;

@mofe_sho wrote “No raping in the garage, so it’s outside the garage they should be doing it or what?”

@gonberichforeva wrote “No fighting” ke. That’s what they live for. It’s like saying they should not eat.”

@4everhumbl3 wrote “This guys face cracks me up. Only In Nigeria where an illiterate will head and manage a while transportation sector in a place like Lagos .”