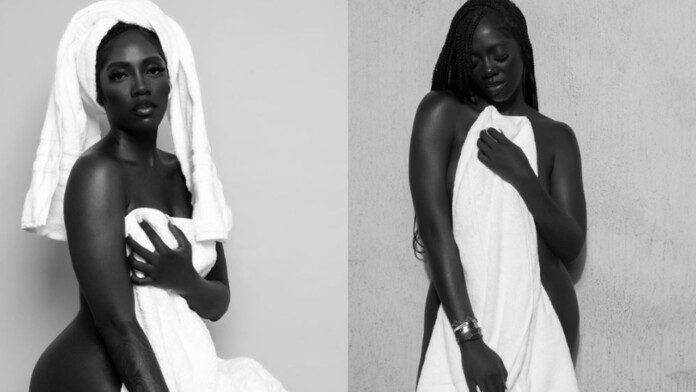 Some Nigerians on social media have accused sensational Singer, Tiwa Savage of doing rituals, following her recent release of her almost n**de pictures.

This accusation comes after the 40 year old caused a massive stir by flooding social media with naked pictures of her self. In the pictures which are presently going viral on social media, the mother of one was seen posing naked with a towel held up to her chest.

According to some social media users, they think these celebrities are required to do some form of naked rituals for them to stay relevant.

Although some people did not see anything bad in the pictures, some expressed their displeasure and condemned Tiwa for releasing such images on social media.

See some reactions below;

@tayo.philips wrote “Seems the music industry does require some form of naked rituals”

@joshd_king wrote “Abeg abeg, all these things no make sense ee,, it’s getting too much”

@horladypo_ wrote “I’ll show this picture to her grandkids”

See the photos below;