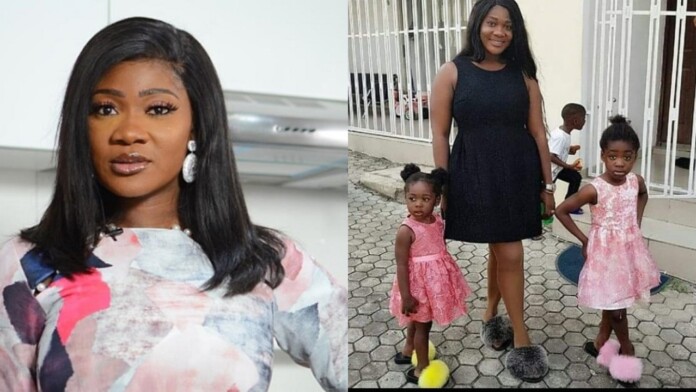 Talented Nollywood actress, Mercy Johnson has reacted to a comment made by one of her fans on her official Instagram page.

The 36 year old had shared a video of herself and her two girls chatting and having a nice time in the living room. The mother of four was however accused of not paying enough attention to her second daughter like she was doing to her first child, Purity.

According to the fan identified as @Ishayesa, Mercy Johnson’s sitting position in the video was not good enough because her attention was on Purity and the other girl was feeling alone.

She however urged the film maker not to overlook such things because they matter alot. In her words;

“Your sitting position makes the little one on your left feels been alone. Your back is turn at her.the little this we overlook matters a lot. Love you all”

“I will take note thank you”