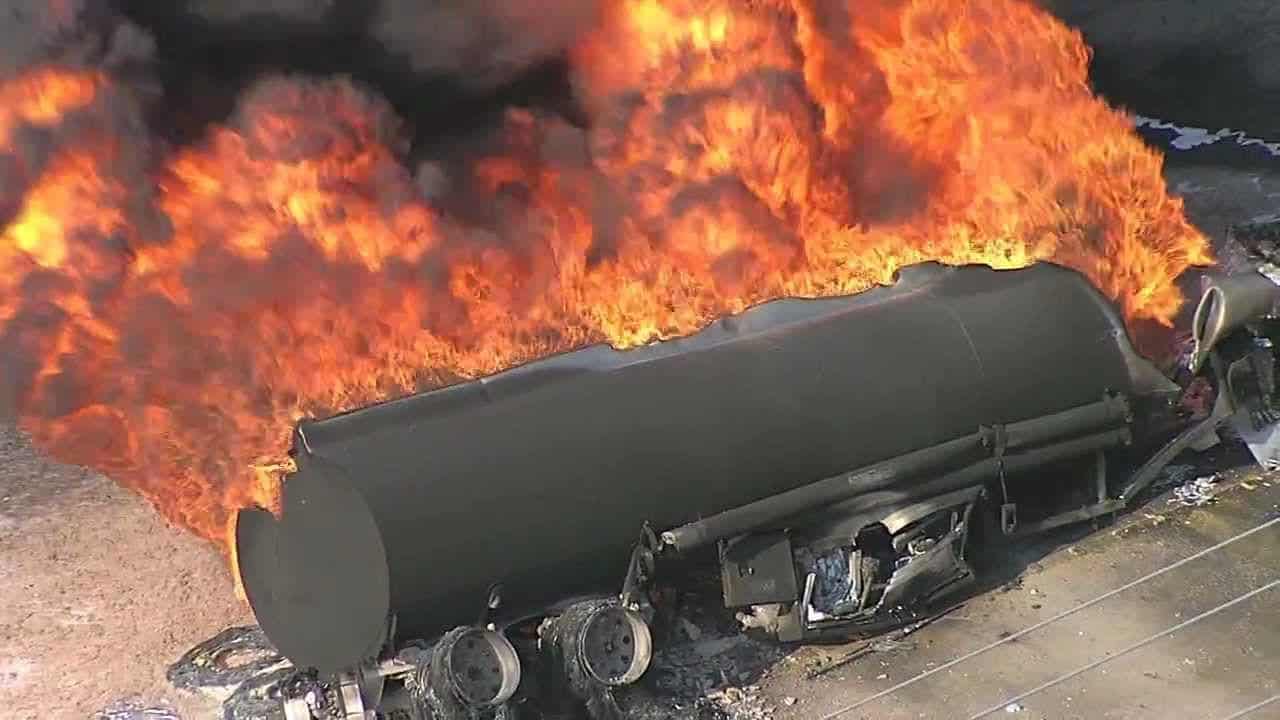 An tanker explosion has occurred at Igbelajewa Village, along the Ilesha-Akure Expressway, killing many and leaving even more injured.

The explosion occurred today when a truck carrying diesel lost control, spilt its content and caught fire, affecting about seven vehicles, including an 18-passenger commercial bus.

Spokesperson for Osun Command of Nigeria Police Force, Yemisi Opalola, confirmed the accident, saying the number of the victims could not be ascertained yet.

Kemi Filani News recalls that earlier this month, an explosion rocked a gas station in the Baruwa community of the Alimosho Local Government Area of Lagos State around 05:45 am. this morning.

It was gathered that four persons lost their lives while many were injured in the explosion around Unity Bus-Stop on Candos Road, Baruwa.

The explosion also affected houses, a primary school and other properties in the area.