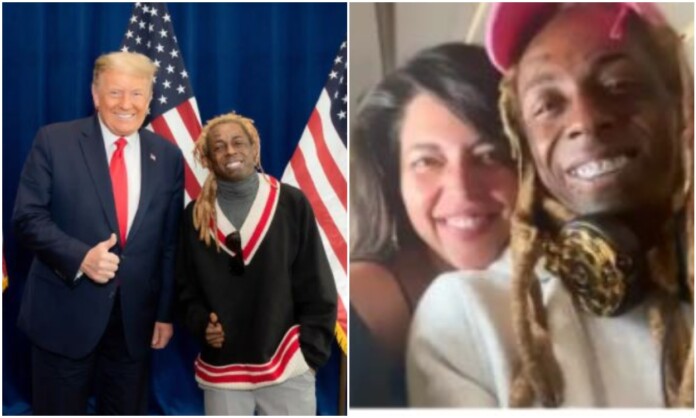 Lil Wayne’s model girlfriend, Denise Bidot, has reportedly parted ways with the American rapper after he pledges his support for the presidential candidate, Donald Trump.

According to TMZ on Tuesday, Lil Wayne unfollowed his estranged model girlfriend on IG after she supposedly unfollowed him before the rumoured split.

This came after Wayne shared a photo of himself meeting with President Trump some weeks ago on his IG page.

“Just had a great meeting with @realdonaldtrump @potus besides what he’s done so far with criminal reform, the platinum plan is going to give the community real ownership.

“He listened to what we had to say today and assured he will and can get it done,” Weezy wrote on Twitter.
Trump also spoke to reporters after the meeting.
He said; “Lil Wayne wanted a meeting.
He’s a really nice guy. Really an activist in a very positive way. And he asked for a meeting and we had the meeting. And, as you saw, the meeting went very well.”
Weezy hasn’t confirmed the split from Bidot yet