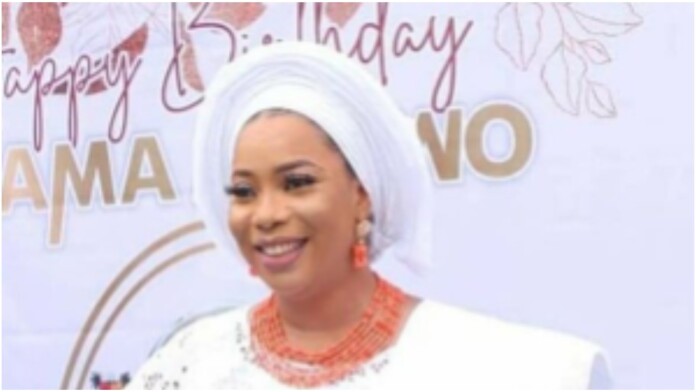 A Lagos lawmaker representing Amuwo Odofin constituency 1, Mojisola Alli-Macaulay who described Nigerian youths as drug addicts, during a plenary at the Lagos State House of Assembly on the looting and pandemonium, has been caught with stolen palliatives.

During her hearing on Thursday, the lawmaker, Mojisola Alli-Macaulay proposed that the National Orientation Agency needs to be alive to its responsibilities and help change the attitude of the youths.

“The National Orientation Agency needs to get to work. We need to begin to orientate our young people. They need people who can talk to them from time to time. They are high on drugs all the time, most of them,” she said.

“They go to social media and say all sorts of things. I’m even scared to give my young children phones because I am scared of what they may see on social media. It is that bad.”

Alli-Macaulay said unemployment should not be an excuse for looting, adding that unemployment was not exclusive to Nigeria.

“It is not unemployment that should be the reason why youths should come out and begin to misbehave. There is unemployment across the world, even in the United States.

“I schooled in the UK and I saw a lot of young people who were not employed but they didn’t become hoodlums. Why can’t we look inwards and look for solutions to our problems?” she asked.

The lawmaker argued that an unemployed graduate could get a job in the informal sector instead of complaining about joblessness.

“Why can’t the young people look within themselves, look for their talents? Even if you are a graduate, what stops you from being a designer or a professional tile man and make a brand of it? There is no excuse for being a hoodlum,” she said.

Interestingly it has now been found that she looted some of the covid-19 palliatives and used them as souvenirs at her birthday party.

One Oluchi wrote “You are still putting Honourable beside her name? What is Honourable about this act? They keep trying to explain the reason why they kept palliative but they keep getting exposed”

One Tope wrote “No wonder She left UK for Nigeria, so she can be stealing like her Sugar Daddy Tinubu”