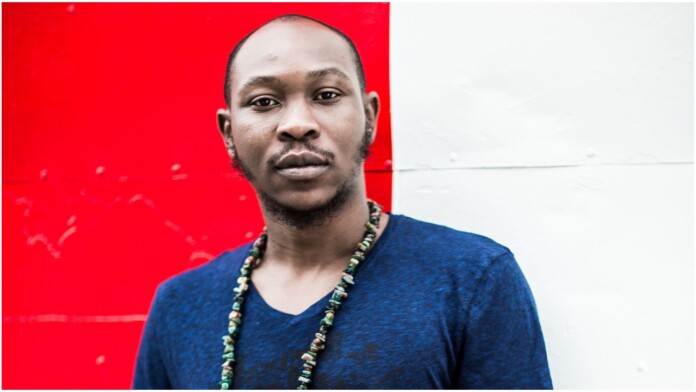 Nigerian Musician and the youngest son of famous Afro-beat pioneer Fela Kuti, Seun Kuti has voiced out his opinion on the issue of Nigerian youths asking the Federal Government to increase the salaries of Police men.

Kemi Filani recalls that the increment in the salaries of the Nigerian police men is among the 5 of 5 demand of the youths in the ongoing nationwide #EndSars protest.

According to the 37 year old, increment in police salaries can not stop their corruption. Seun Kuti added that Nigerian youths are not in the position to ask the Federal Government to increase the police men salaries. The activist added that the police is a body and they have the right to protest and demand for their salaries to be increased.

Seun however urged Nigerian youths to ask for the right things and leave the police men alone to fight for themselves.