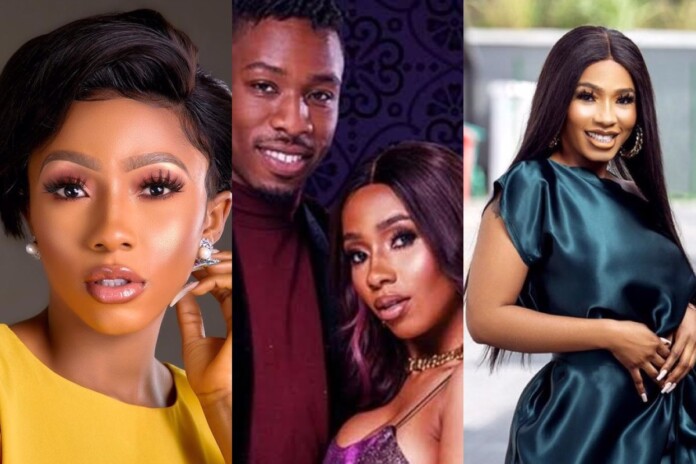 Kemi Filani News recalls that the duo sparked break up rumors following a post from Mercy.

In a series of posts on snapchat, the reality star and CEO of Lambo Homes indicated that her relationship with Ike is over, and confirmed that she is set to marry her new lover.

Mercy had to reintroduce herself to snapchat, as she says that she is “Mrs H” now.

“Good morning from Mrs H” was written by the actress and video vixen who posted a video of herself laughing.

Now Ike is firing back saying they are done for good and he is thankful God has freed him. IKe made this known when a fan said they wanted attention for the second phase of their reality show, while another also prayed God will open doors for the ”heartbroken” man.

see the exchange below: