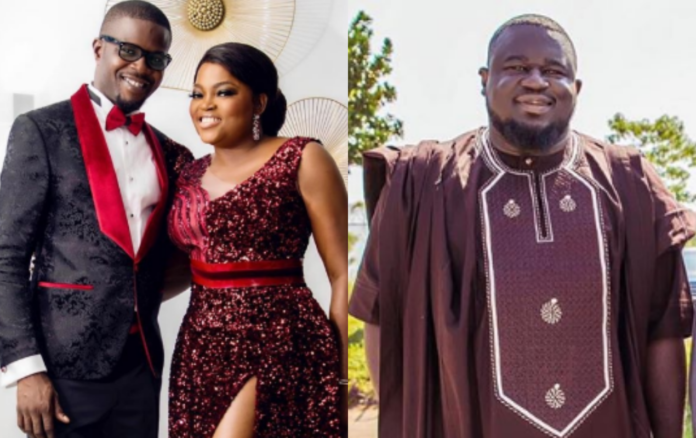 Coming after he was dragged by his balls and labelled a gigolo by music executive, Eoeo Sobereken, JJC Skillz has replied him.

Kemi Filani News earlier reported that the duo “fought” on Instagram after Soso posted a photo of Jonathan, apologizing to him.

Shocked by this revelation, JJC Skillz commented ” 4 What??” with some emojis. This angered Soso who then knocked JJC off.

Soso called JJC Skillz a gigolo and mocked him even further by Calling Funke his husband.

JJC has now replied Soso Soberekon. According to him, he’s a king that met a queen and built an empire.

See the reply below: