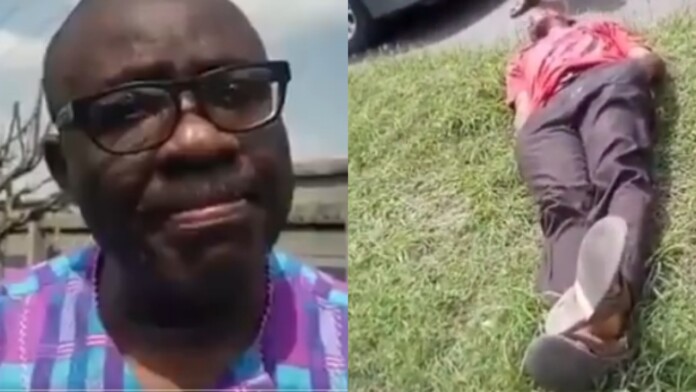 Man whose driver was killed during the #EndSars protest in Surulere, Lagos has finally given a detail narration of all that happened.

According to the man, he was stuck in traffic with the deceased who happened to be his driver, after-which he asked to ease himself. The man added that his driver was hit by a stray bullet as he was about to enter the car.

Kemi Filani recalls that that the Surulere #EndSars protest turned violent after police officers shot indiscriminately to disperse the protesters and along the line, two of the protesters were hit by gunshots.