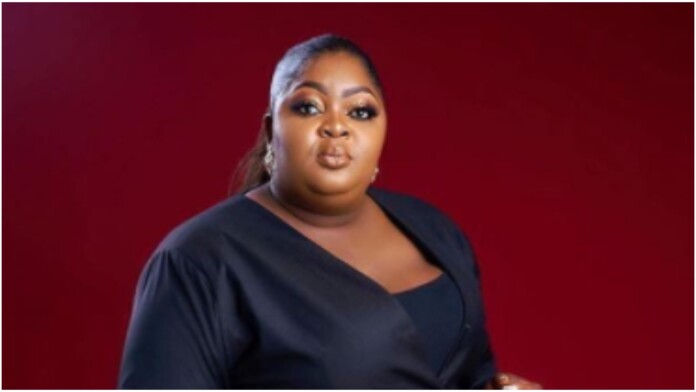 Popular Nollywood actress, Eniola Badmus has said that it’s okay for celebrities to live a fake life as no one wants to associate with a broke person.

According to the Yoruba born plus sized script interpreter, one has to fake it to make it.

In an interview with popular media man, Chude Jideonwo.

Eniola Badmus put up a defense for celebrities and talked about their living fake lives.

“Whether you like it or not, people don’t associate with broke people, so you need to fake it to make it. Fake life is expensive on its own.”