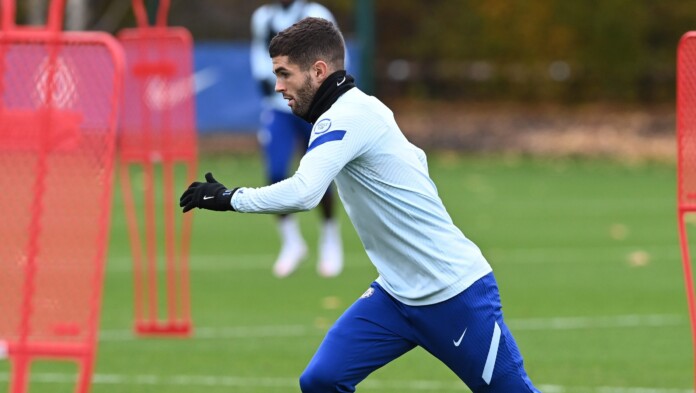 Chelsea manager, Frank Lampard, has revealed the full extent of Christian Pulisic’s injury ahead of their Champions League clash with Rennes.

Pulisic missed Chelsea’s first five games of the 2020-21 campaign with a hamstring issue, but has gradually worked his way back into the team since making his return from the bench in a 4-0 Premier League victory against Crystal Palace on October 3.

The 22-year-old has made four more appearances since then, and was initially named in Lampard starting XI for a trip to Burnley on Saturday.

However, the United States international sustained a knock in the pre-match warm-up which forced him to sit out the 3-0 win at Turf Moor, leaving supporters worried that he could be set for another lengthy spell on the sidelines.

Lampard has now confirmed that Pulisic will miss the Blues’ latest Champions League outing at home to Rennes on Wednesday after being struck down with another hamstring problem, but hasn’t ruled out the possibility of him being available again in time for a meeting with Sheffield United at the weekend.

“Christian had a scan yesterday that showed a very, very minor injury to his hamstring, very minor. So he’s already back outside. He won’t be fit tomorrow, but we’ll see after that,” the 42-year-old told a press conference.

“It is obviously a relief for the injury to be minor. He made the right decision in not attempting to play the game, because he could have made it worse. So it’s clearly a relief that he will be back very soon, because he’s an important player for us.

“With the actual muscle injuries, it’s a hard one to call, it’s forever going to be a challenge, some players that play on the edge, have such speed and acceleration in their game, maybe they can be more susceptible.

“I don’t think that’s a one-size-fits-all answer, because it’s different for everybody. From last season we were looking at ways of managing Christian and looking at ways of being proactive in not hopefully getting so many injuries, I know that’s something he’s experienced previously in his career at Dortmund as well.

“So we’re all working in the same direction on that one, to try to get him to be as fit as regularly as possible, because we all know his talent.”