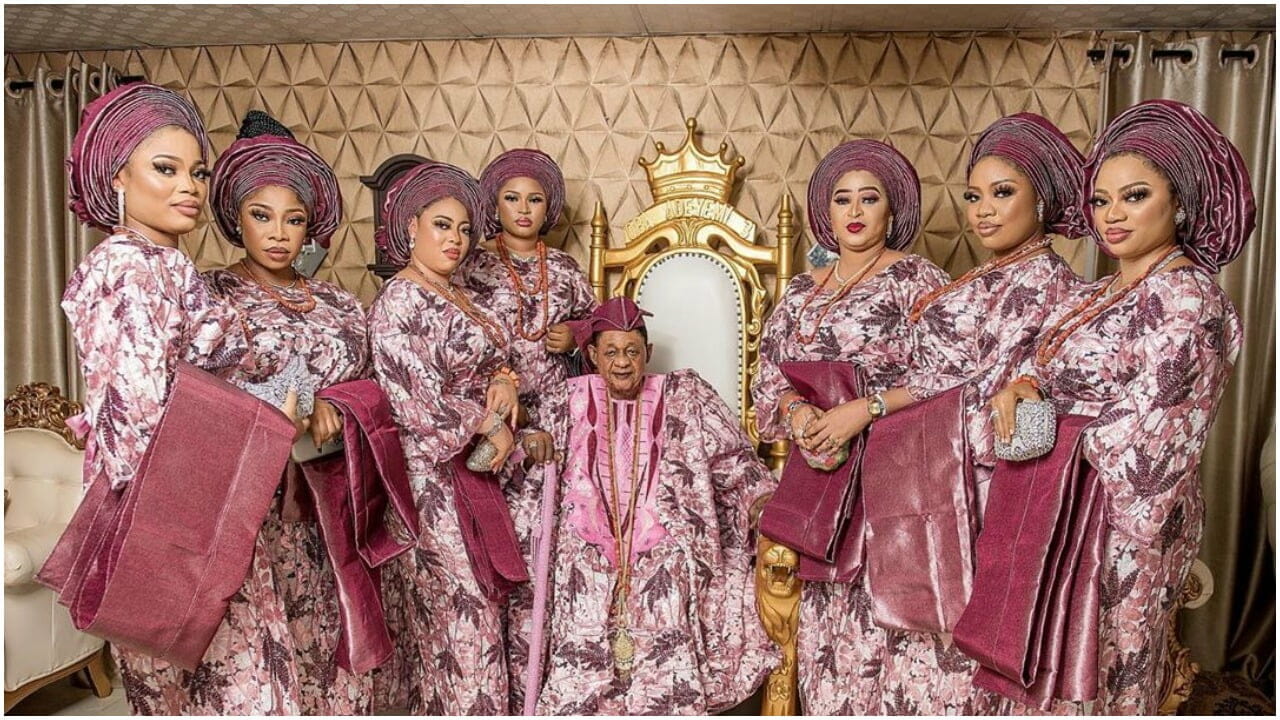 The wives of Alaafin of Oyo, Oba Lamidi Olayiwola Adeyemi, have been accused of dating different men asides from the king. A popular controversial blogger, identified as Gistlover took to Instagram to make this revelation.

According to Gistlover, the queens in the palace except the older queen are all cheating on the king. Gistlover added that the queens are classless, describing them as ‘Snapchat queen’.

“See una Classless Queens,them don turn palace to psychiatric hospital .. All of them get Manfriend,All,except the old ones there,but you see all these Snapchat queens,their dirty linens no hide,E spread for everywhere.”

Listen to the VN below;