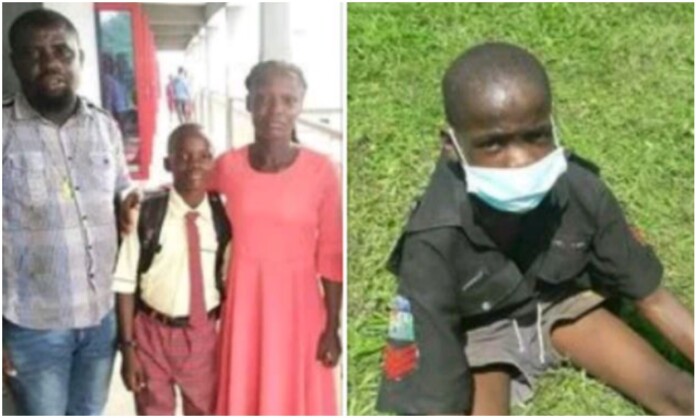 Gift Osayuwu, an 11-year-old boy who was arrested for joining a gang of hoodlums that attacked Oba Market police station at Evbuotubu area of Benin City has been enrolled in a private school.

Kemi Filani News gathered the coordinator of the human rights group, Talakwa Parliament, Kola Edokpayi, on Monday, November 2, revealed the boy was enrolled into JSS 1 in one of the ”best private schools” in the Benin City.

Gift was pictured with his widowed mother, a pure water seller in his new uniform in school.